The independent Access to Cash Review has been established to consider consumer requirements for cash over the next five to fifteen years.

Its main objective is to ensure that there remains an effective and inclusive cash access service that meets the needs of all consumers, regardless of their personal circumstances, for as long as necessary.

The Review will therefore be broad, transparent, open, and independent.

The Access to Cash Review Interim Report , ‘Is Britain ready to go cashless?’, shows despite the increasing use of cards and electronic payments, approximately eight million (17%) of people say cash is an economic necessity.

The Access to Cash Review – Final Report calls on the Government, regulators and banks to act now or risk leaving millions behind.

The Review’s action plan to protect cash access calls for:

Natalie has a career spanning the public and private sectors, across a range of policy, leadership and regulatory roles. Natalie is currently Chair of Innovate Finance, and a non-executive director of Countrywide PLC, Anglian Water Services LTD and Sport England. Her career includes a strategy consultancy background at McKinsey & Company, membership of the executive team of HSBC UK leading on customer standards, and three CEO roles including, The National Archives, the Financial Ombudsman Service and Her Majesty's Courts and Tribunals Service.

James is Managing Director of Fairer Finance and has been a consumer campaigner and financial journalist for more than 18 years. Before launching Fairer Finance, he worked for the consumer group, Which?, where he campaigned for a better deal for customers of banks and insurers in the wake of the financial crisis. James is frequently interviewed on national television and radio, and has regularly appeared on shows such as Watchdog, Rip-off Britain, Dispatches and SuperShoppers.  Before working at Which?, James spent 10 years as a business and finance newspaper journalist, latterly as the The Independent's personal finance editor and cycling columnist. 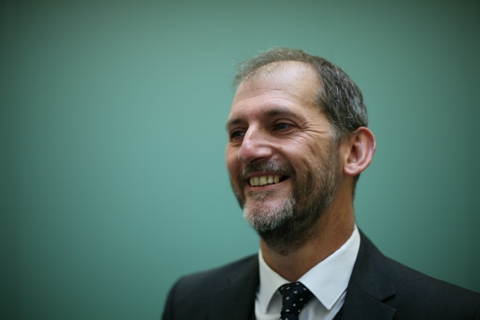 David has been Director at Cash Services since 2012. With over 25 years’ experience in senior management with Santander covering business transformation, operations and customer services, he has also held a non-executive role with BACS.

Monica Kalia is the co-founder of Neyber, a multi-award-winning fintech firm that helps UK employees to be better with their money, through a complete financial wellbeing solution of education, savings and responsible borrowing. Monica also sits on the Board of Trustees at StepChange, the UK's leading debt charity.

Monica is a highly accomplished senior executive with over 20 years' experience within the financial services sector. Her strategic approach has enabled her to identify the technology based solution that was needed to revolutionise personal finance and help boost financial inclusion. As a working mother with three young children, Monica has championed the cause of diversity and the advancement of women in the global Fintech community and has been awarded the Chairman's Award for her 'Outstanding Contribution to Fin Tech' at the Top 100 Asian Stars in UK Tech 2018 and is listed amongst the most influential women in Fintech by Innovate Finance's 2017 Women in Fintech Power List.

In July 2015, Phil founded Payment Systems Consultancy Ltd; an advisory company specialising in Payments and Settlement, their underlying systems/processes and associated regulation. Since that point, he has worked with a number of high profile organisations including PwC, LINK & SWIFT.  Between 2012 and 2015, Phil was CEO of CHAPS.  Phil is an Independent Non-Executive Director at ClearBank® and has extensive Financial Market Infrastructure experience having worked at CLS (the cross-border FX Settlement Body) between 2001 and 2012.  Phil has considerable experience of working with the regulatory community (including the Bank of England and the Federal Reserve Bank of New York (the lead regulator for CLS)) and has sat on both the FRBNY FXC Operators Group and the High Value Payment Systems Operators group (co-chaired by FRBNY and ACH). 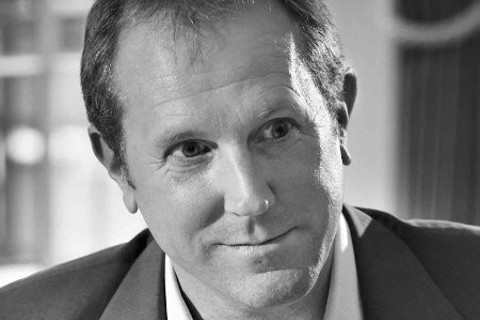 Richard Lloyd is the UK Chairman of Resolver, a consumer technology company, and Vice Chair of the Money and Mental Health Policy Institute. He is one of the UK’s foremost consumer rights champions, and was Executive Director of Which? from 2011-2016 and Chief Executive of Consumers International, the world federation of consumer groups, from 2005-2008. He has been a Special Advisor to the Prime Minister and since 2014 has carried out three major reviews of the effectiveness of national consumer protection regulations and agencies. 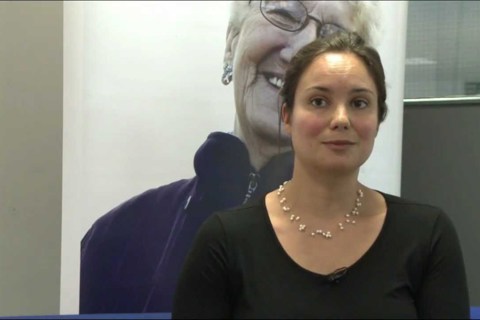 Lucy is Senior Policy Manager, Consumer and Community at Age UK.  Her previous roles have included work for International Justice Mission, a human rights agency, in Ethiopia and Rwanda.

An economist and honorary Professor at King’s College London and an independent member of the LINK Consumer Council. Margaret has been a senior consultant for Freshfields Bruckhaus Deringer since retiring in 2003 from the Office of Fair Trading, where she was Director of Competition Enforcement. Margaret is also Vice Chair of the Professional Standards Council for Invoice Finance and Asset Based Lending and a Director of the Lending Standards Board. 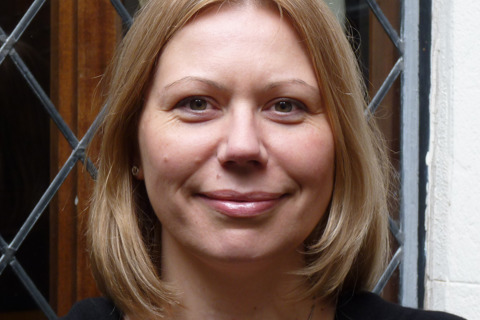 Sian sits on a range of industry advisory groups, is a Financial Inclusion Commissioner, a member of the UK Financial Capability Strategy Board, the Payment Systems Regulator’s Panel, and the New Payments Systems Operator End User Council, and a trustee for the Money Advice Trust. Prior to joining Toynbee Hall, Sian had a 15-year career with the Foreign and Commonwealth Office, including postings to Hong Kong and Beijing, reporting on China's economic development and emerging financial systems. 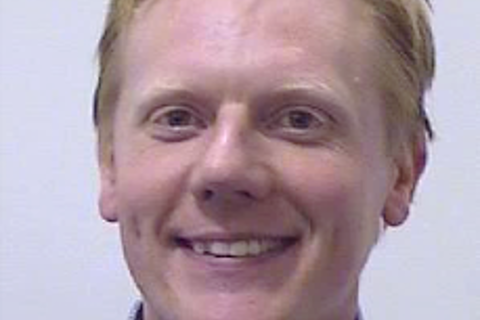 John is a Manager in the Regulatory Policy & Strategy team at the Payment Systems Regulator (PSR).  He joined the Payment Systems Regulator (PSR) in January 2015 and was heavily involved in the market reviews into Indirect Access and Infrastructure. He currently oversees a number of projects, including the PSR’s work on ATMs, Interchange Fee Regulation and APP scams. He qualified as a Chartered Accountant with KPMG in 1997, specialising in Restructuring. He then spent twelve years as a fund manager investing in European companies. In 2012, he joined the Competition and Markets Authority as a Business adviser.

Peter is Director of Corporate Affairs, Cicero Group.  Prior to joining Cicero, he was Director of Communications at Metro Bank, Europe’s fastest growing bank, guiding it through a successful IPO and listing on the London Stock Exchange. He also founded the Government Affairs practice at Arup, a global consultancy firm, working in the UK, US and East Asia. Peter began his career in politics, serving as an advisor to the UK’s Minister for Small Business. A graduate of the University of St Andrews, he entered the Financial Times’ list of “Top 100 LGBT Leaders in the City” in 2015.

Simon is a Partner, Risk and Regulatory, Financial Services Advisory at KPMG.  He has over 25 years’ experience as a Partner leading regulatory and risk assignments.  His area of expertise is retail financial services.

The Access to Cash Review issued a Call for Evidence which closed on 30th September 2018.

It was an opportunity for everyone to give their input to the Review and almost 70 responses were received.  All were carefully considered.

The Call for Evidence documentation, which can still be downloaded below, contains background information which may be of interest.

Responses for the Call for Evidence can be viewed here.

Response for Calls to Evidence

We are pleased to provide a response to the government’s call for evidence on Access to Cash legislation which can be downloaded here.  The Access to Cash Review concluded in 2019 that despite the growth of digital payments, there remained a sizable proportion of the UK population who needed cash and for who digital payments did not yet work sufficiently well. Further, we concluded that unless action was taken, the cash infrastructure could collapse, leaving those most in need of cash unable to get it or use it. We called for government and regulatory action to create a coherent strategy around cash access and acceptance which was likely to include the need for legislation.

We therefore welcome the government’s commitment to bring forward legislation to protect access to cash, and to ensure that the UK’s cash infrastructure is sustainable in the long term. Particularly in these times of pandemic, when people’s financial and physical resilience is reduced, we need to ensure that no-one is left behind. We welcome the government’s commitment to complement this cash work with policy initiatives to support digital and financial inclusion. We have responded to the consultation with practical suggestions as to legislative models and the regulatory framework which may be required.

Access to Cash Review: Cash system reaching a ‘tipping-point’ – it will collapse without legislation

Today, one year since the Access to Cash Review published its final report, the panel is calling on the Chancellor, Rishi Sunak, to introduce legislation at the Budget to protect cash access for as long as people need it, enabling the UK to move forward to a digital future without leaving millions behind.

Preventing a cashless society needs to be a government priority

Today, the Access to Cash Review and Which? have written a joint letter to the Chancellor of the Exchequer, the Rt. Hon Sajid Javid MP calling for the government to implement a cash guarantee to prevent the UK sleepwalking into a cashless society.

The Access to Cash Review has published its final recommendations calling on the Government, regulators and banks to act now or risk leaving millions behind. The review concludes that digital payments don’t yet work for everyone and around eight million adults (17% of the population) would struggle to cope in a cashless society.

Millions of consumers across the UK face being left behind if we don’t plan properly for an increasingly cashless society. The interim report from the Access to Cash Review, ‘Is Britain ready to go cashless?’, shows despite the increasing use of cards and electronic payments, approximately eight million (17%) of people say cash is an economic necessity.

Natalie Ceeney CBE to chair Review looking at the impact of the shift from cash to digital payments - supported by a panel of consumer and industry experts. This Review comes as cash usage has declined rapidly in recent years, with growing concerns about the sustainability of the supporting cash infrastructure. Anyone with an interest in cash; individuals, consumer groups, community representatives, small businesses and industry, will be able to contribute through workshops and a Call for Evidence